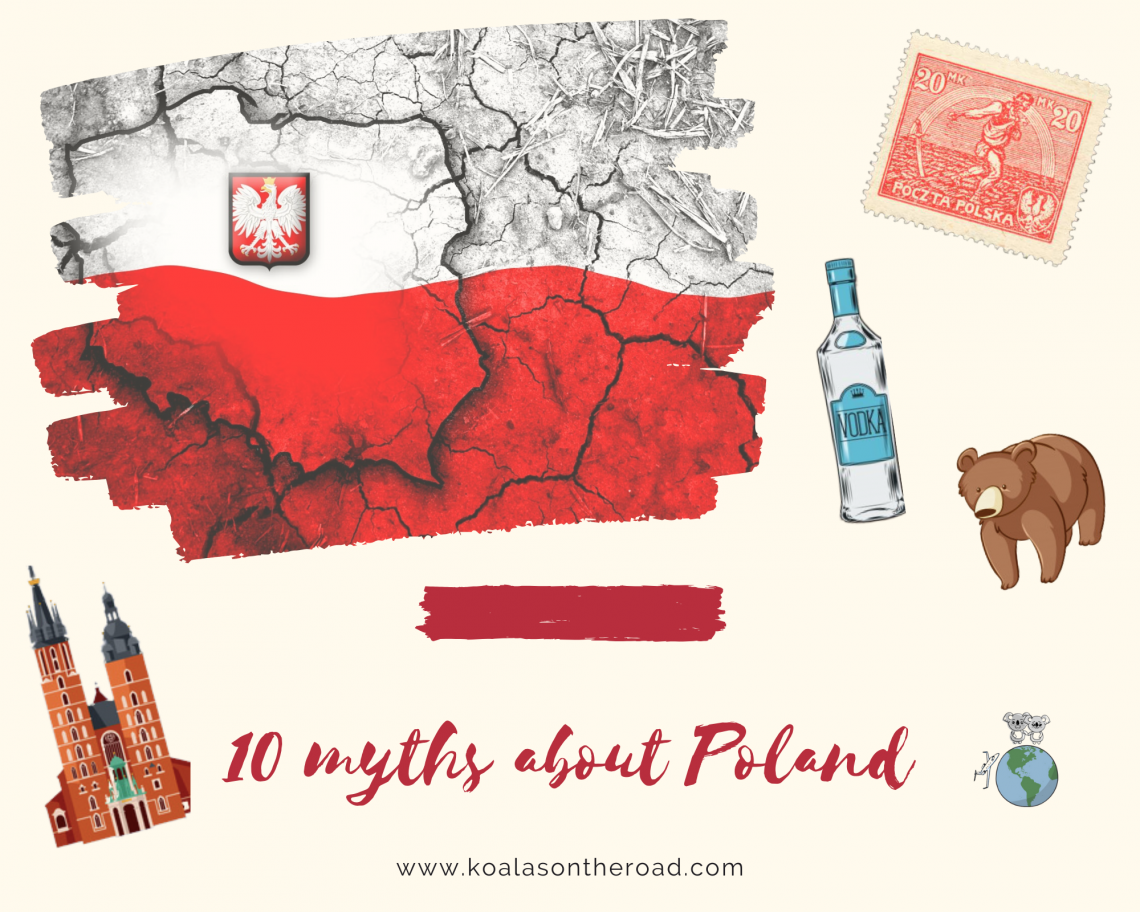 As most of you know, I’m Polish and I’ve been living in Barcelona for 6 years. Today I would like to talk about misconceptions. There is a lot of myths about Poland and most of them are not true. My country is actually way different that many people might think, so let’s talk about what’s true and what’s false. I couldn’t count how many times I read or heard that Poland is a small, East-European country with incomprehensible language, cold people and vodka being the first thing to drink for breakfast. Or even better, it’s considered to be a former member of Soviet Union, situated somewhere in the polar circle, where most of people speak Russian. I love my country and as much as this bad image has been changing in the last few years, I feel like we still have a long way to convince the world that we are actually nice people and we have breathtaking landscapes and wonderful, historic cities to visit. So please, have a look at 10 Myths about Poland and let me know if at the end of the article I changed your opinion about my country!

I’ve been asked hundreds of times how do we survive cold in Poland. Some people believe we have eternal snow and polar bears roaming the streets. False. My country is situated in the humid continental climate zone, which means our average temperatures in summer are around 25-30 °C, and between 0 and -5 °C in winter. There might be severe frosts in winter, heavy downpours and very hot summers, as much as snowless winters and heatless summers every few years. What I can assure you is that Polish climate has nothing to do with Arctic and you won’t find polar bears, but rather browns bears living in the woods.

2. Poland is an Eastern European country and a former member of Soviet Union

Did you also think that Poland is a small country in the East of Europe? Well, in fact it’s not true. Geographically, we are located In Central Europe and we are the 9th largest country in Europe, considering both population and area. Another important point is that Poland never literally became a member of Soviet Union, this conception is completely misleading. We did end up under Communist influence after the war and lost some independence, but were never absorbed by the Union.

3. Polish language is impossible to learn

For those who stil think that our official language is Russian, let me remind you that we actually speak Polish. Both languages come from a Slavic language family and may sound similar for somebody who is not familiar with any Slavic language, but there is a lot of differences, starting from a completely different alphabet.   Is Polish as complicate as people think? This might be true because of its challenging grammar and difficult pronunciation. We have 7 cases of each noun and soft consonants like sz or cz, but for example Hungarian distinguish 18 grammatical cases. So maybe it would be good to try learning both first and then decide which one is more difficult? 🙂

4. There were Polish concentration camps

I think this misconception is the hardest for me to write about. Unlike the other myths, this one is really serious and harmful because Polish people were one of the biggest victims of Nazi Concentration Camps. The only true thing is that these camps were build by Nazis on Polish land during occupation with the purpose of Jewish extermination. There were more than 3 million Jews living in Poland before Second War, so the decision of Nazis was horribly strategic and convenient. Poles, together with Jews, wee imprisoned in these camps and most of them died due to extermination or terrible conditions and starvation.

5. Vodka is a Polish drink and we serve it even for breakfast

One of the biggest nonsense about Poland has to do with the famous vodka, because no one actually knows where it originally comes from. Russians, Poles and even Swedish and Turkish people fight for its invention. It’s true that vodka is the most common drink on weddings and other important events, but we definitely don’t serve it for breakfast. We did get use to shots of 40% spirit for toasts, but I bet you that I’ve never seen anyone drinking vodka with his morning meal. By the way, did you know that Poland is the world’s sixth biggest beer consumer?

Maybe the Baltic Sea is not the first destination that you would choose for summer vacations, but let me remind you that we have a very long coastline and beautiful beaches. You will find white sands and uncrowded places to put your blanket in many touristic locations. The only minus might be the water temperature, but during July and August the weather conditions are very good and that’s when most of the families go for holidays.

7. Polish people are rude and cold

Basing on my own experience, I can say that when I moved to Spain, I was more serious and maybe little less positive person. The Spanish culture is way different from Polish, but it doesn’t mean that we are cold and unfriendly. People are actually very polite and extremely hospitable when it comes to tourists. There is no way they will let you leave their house without trying homemade plates and drinks. However, sometimes on the streets you will find older generations or public administrative workers with blunt and even rude behavior. It may have something to do with the hard part of our history that these generations still remember, or it may simply be their lack of passion for the job they are doing. This situation is changing a lot because the more we travel, the more friendly we are with the people we cross on the street.

8. There is nothing to visit in Poland

As I already said, we are still far away from being among the top touristic destinations in Europe, but every year more and more people visit Poland. Apart from the coastline in North, we have amazing Carpathian Mountains in the South and thousands of lakes all around the country. Natural beauty and fabulous landscapes aren’t the only reason to visit Poland. The architecture of Cracow’s Old Town is one of a kind with its cobbled streets and centuries of history. Other cities worth visiting are for example Poznań, Warsaw, Toruń, Gdańsk and Zakopane. I will prepare another post dedicated to my favorite spots in Poland. And don’t forget about Białowieża National Park, called „the last untouched wilderness in Europe”!

9. Poland is a very religious country

The answer would be true if we consider only the older generations. In this case yes, we still stand out agains the rest of Europe with a very high percentage of religious people. But the world is changing and my country is changing as well. Most of my friends or my younger brother’s friends are not religious, some others do believe in God but don’t go to the church. Even my parent’s generation is less religious that my grandma’s. So I guess these statistic will be way different if we ask people the same question within few years.

One of the most common opinion about Polish people is related to the migrators. When we formed part of European Union in 2004, many people moved abroad – mostly to UK, Germany and Norway, to look for a better future. It’s true that many of these people had one goal – earn as much as they can and come back to Poland to build a house or invest in something. We were also called on the the most hard-working immigrants in Europe. But is it true that job is the only reason  for Polish people to go abroad? Of course not! Every year I hear more and more Polish, not only on Barcelona streets, but all over the world. I met more Polish tourists in Costa Brava last summer than any other nation. We do love to travel! So what do you think about my country? Would you visit Poland? Did I change your mind? 🙂

7 European Cities You Just Have to Visit 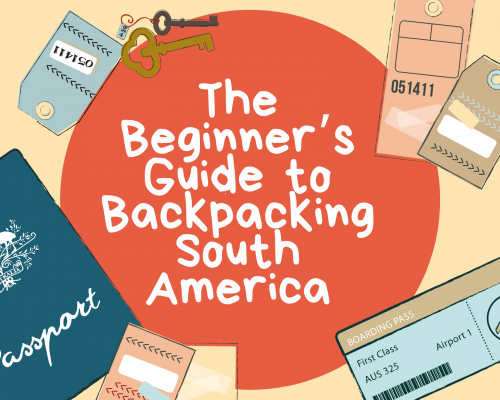