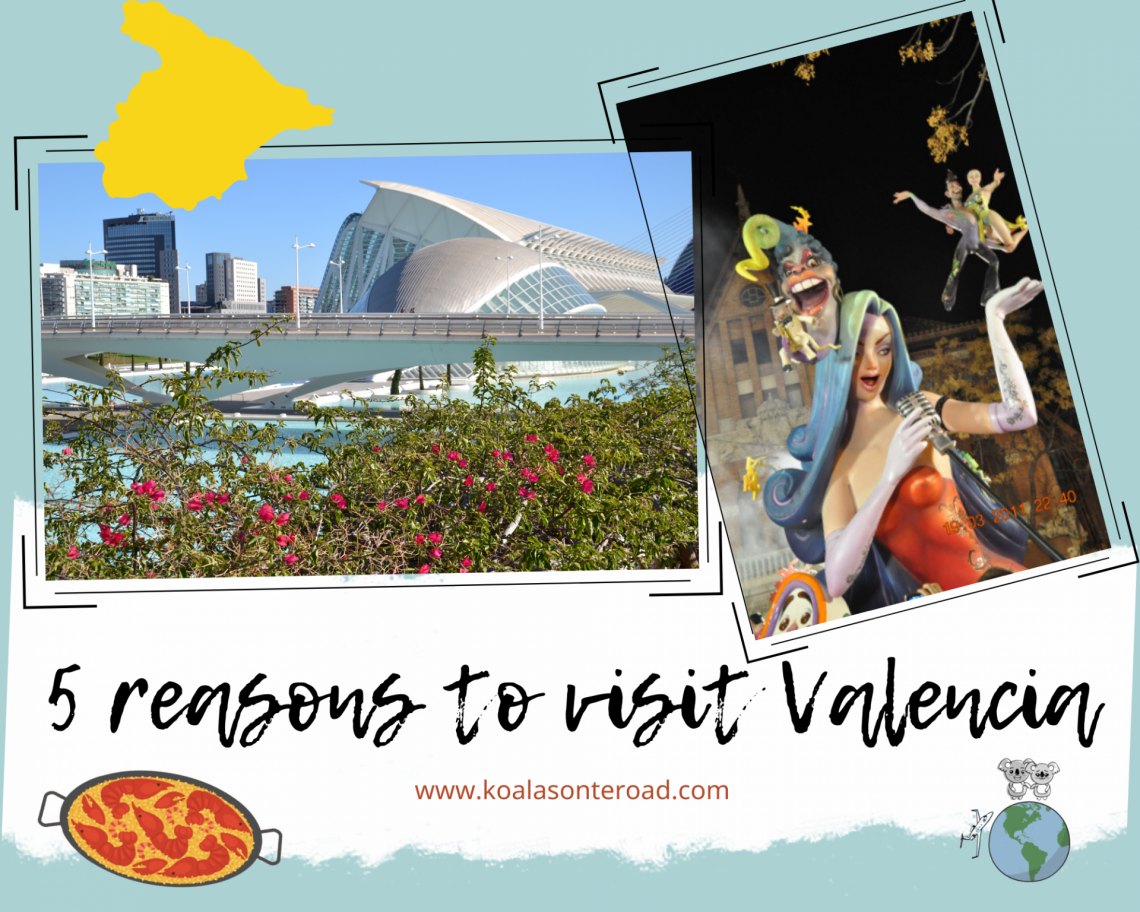 What are your plans for this summer? Edwin and I would like to discover some new places in Spain. We’ve been living here for years and still have a lot of destinations on our list! We considered local tourism a good idea for July, once the government let us travel outside Barcelona. We did visit some very beautiful places in Spain in the last 7 years and would like to share them with you in the following months. Today we are taking you to Valencia!

Valencia. The capital of autonomous community and the third largest city in Spain, mostly recognized for its paella, Las Fallas and Ciutat de les Arts i les Ciències. I’ve visited Valencia three times already and I’m sure there will be more. The first time I went Valencia to see Las Fallas, the most important Holiday celebrated in this city. Do you know what Fallas are?

This local festival takes place in March and it’s definitely worth seeing at least once in a lifetime! Basically, it’s a traditional celebration held in commemoration of Saint Joseph – the patron of carpenters. There is a big street parade with costumes and traditional outfits and the city looks just amazing decorated with flowers in every single corner. It’s also a local way to celebrate the end of winter and the arrival of spring. Each neighborhood of the city produces a construction known as a falla which is eventually burnt with a fireworks display at the same time. The only thing I don’t like about Las Fallas is this terrible noise of firecrackers. The rest is pretty great. People who build those constructions are very, very creative! Some of the sculptures have a political message, the others are just for fun. Every construction has its own story behind. Every year Valencia’s habitants build totally new constructions with completely new stories to tell. If you are planning to visit Spain in spring, Las Fallas is a must! Many important places worth seen in Valencia are situated very close to each other in the Old Town, such us the Cathedral with a huge and beautiful bell on the top, Plaza del Ayuntamiento and Central Market. Valencia is 2000 years old, and has been the home to  Romans, Visigoths and Muslims since it was founded in 130 B.C. That’s why Ciutat Vella in Valencia stands out as one of the largest historic centres in Europe and its artistic heritage is one of a kind. Get lost and wander around the streets, but keep your eyes wide open, because there is something beautiful to see in every corner! Have a rest and eat a few tapas in the sun on one of the many bar terraces, and don’t forget to visit the Valencian Sistine Chapel: Church of San Nicolás. Did you know that paella, one of the traditional Spanish dishes, was born in Valencia region? It comes from El Palmar, a village on the shores of Albufera lake. Today you will find in Spain several types of paella, which can be somehow confusing, that’s why it’s very important to understand the true Valencian paella recipe. Spanish people take their paella extremely seriously because it’s a real national heritage. So, what a real Valencian paella is made of? There are two official recipes for paellas: a meat paella, and a variation with seafood. The original meat paella consists of rice, saffron, rosemary and garlic, and is accompanied with vegetables and meat. The seafood apella is mostly found on the Valencian coastline and the its recipe varies from the original paella by replacing the meat with prawn, mussels and calamari. Speaking of food, remember that Valencia isn’t gastronomically famous only for paella. You should also order a cup of hot chocolate with buñuelos and taste horchata! 4. City of Arts and Sciences

The City of Arts is an entertainment-based cultural and architectural complex and contains an interactive museum, an IMAX Cinema, planetarium and laserium, an opera house, an open-air oceanographic park which is considered the biggest in Europe, a suspension bridge, a covered plaza with concerts and sporting events and a landscaped walk with plant species indigenous to Valencia. I recommend you to dedicate at least 2 days to City of Arts because seeing all the attractions in just few hours may result difficult. My favorite part of the complex is oceanographic park, but the museum is also great and very interactive. Prepare yourself to meet a lot of dolphins in the aquarium and don’t forget to take a walk in Turia Gardens, which you will find just around the corner. If you have an extra day, you should take a train and go to Xàtiva. It’s a charming small city close to Valencia, known for its beautiful castle with even more beautiful views. Do you know this feeling when you just stop and can’t t breathe because of the beauty that you have in front of you? I had one of those moments in Xàtiva. The most famous family that inhabited these lands was the Borgia Family – a clan marked by corruption, favoritism, ambition and unscrupulousness. At the top of the Xàtiva Castle you can see a room dedicated to this family, which explains in detail who they were. Another curiosity of Xàtiva is the fact that it was the first place in Europe where paper was manufactured, in 1144! Xàtiva preserves a great artistic heritage despite having been burned in 18th century during the Civil War. Its walls and towers astonish visitors from afar, rising majestically above the city. Believe me, you won’t forget these views. So what do you think about coming to Valencia, trying delicious paella and escaping to  Xàtiva for one day? Are you in? 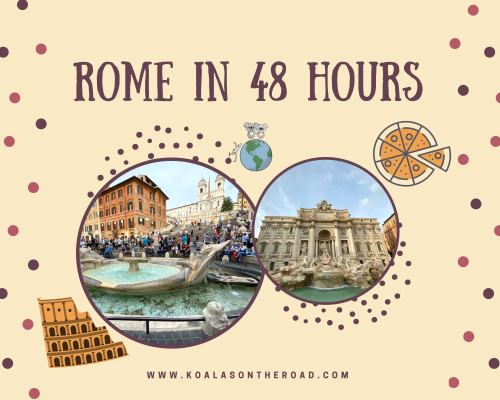 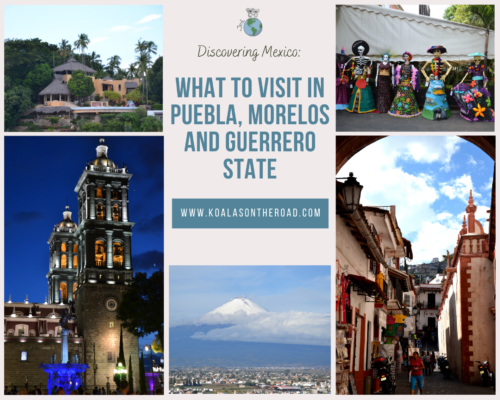