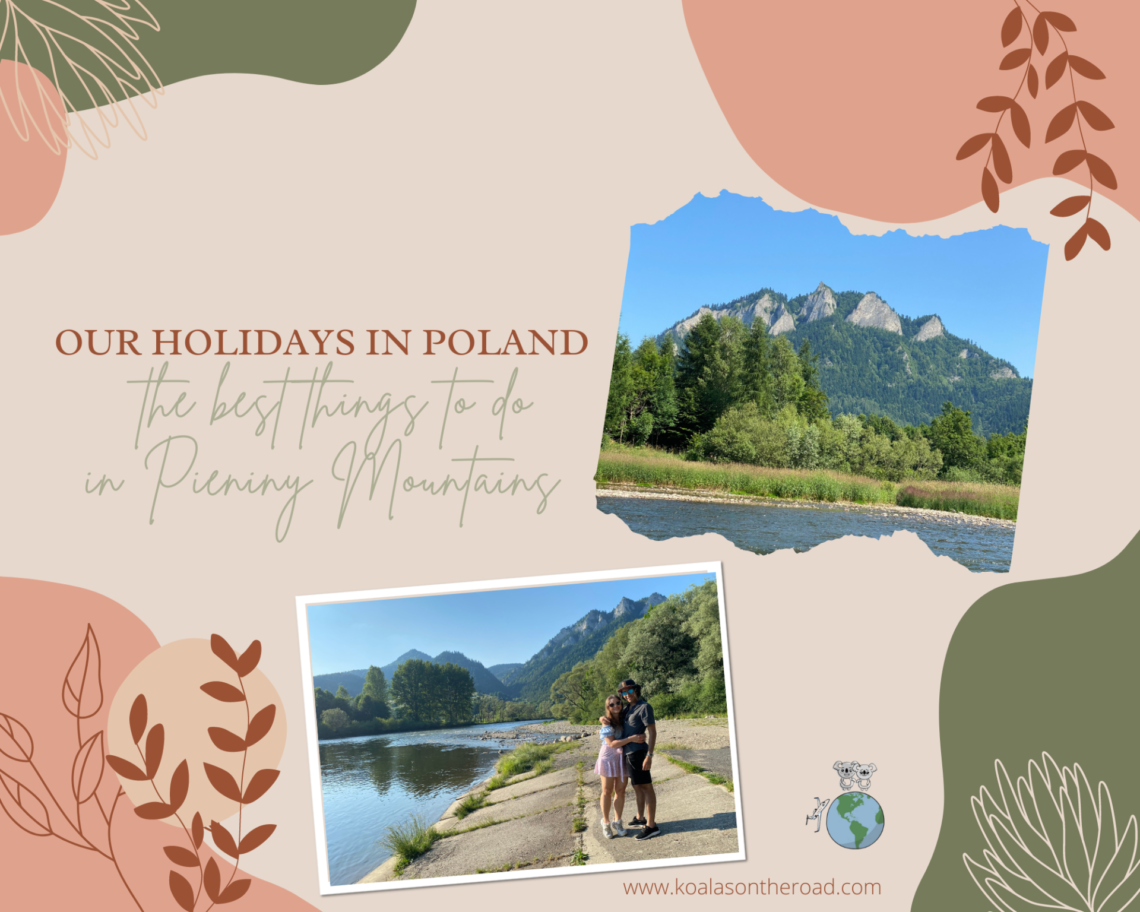 Does it happen to you as well that you have a long bucket list of places to visit in your home country? I moved to Barcelona when I was 23 and I had never explored Poland the same way I do with Spain. This year we headed for long holidays to my home country and it was the best decision!

We spent the first few days in Krakow because this city is a must for me every time I go to Poland. We came back to our favorite spots and spent some quality time with my best friend who lives there. We also added new places to our list – we visited Wawel Castle and Oscar Schindler’s Factory and also went to Auschwitz-Birkenau concentration camps.

I had visited Auschwitz before only once, when I was a teenager and I thought I would never come back because of how hard it was, but I did it again for Edwin last month. It was important for him to get to know this place so I held my breath and we entered both camps. I couldn’t stop crying for most of our visit there. Feeling so much cruelty in just one place was heartbreaking and we spent the entire way back home in silence. Definitely the hardest part of our visit was to see the personal belongings of the victims exposed in the museum and their pictures after they were sent to the camp. More than one million of people died there, among them mostly Jews but also elite ethnic Poles, Soviet prisoners of war and other Europeans. It was one of the most massive and cruel crimes in human history and it’s unbelievable that this kind of tragedy happened less than 100 years ago. I didn’t take pictures inside because of respect for the victims but I just wanted to write few words about Auschwitz in case not everyone is familiar with the history of this place. It’s not a typical destination you visit when you are on holidays but I think it’s important to understand what happened in Auschwitz and if you ever have a chance to visit it, please do. Remember that Auschwitz and Birkenau are two separated camps located close to each other. The ticket includes both of them and there is a free bus which takes you from one to the another.

If you are really interested in the history of European Jews, another important museum is Oscar Schindler’s Factory. The factory was established in 1937 as a production site for enamel and sheet metal products. Two years later it was taken over by a German entrepreneur, Oskar Schindler and it was run by Schindler until 1945. Schindler employed Jewish workers who resided in the the nearby Krakow ghetto and who were threatened with extermination, and then entered them on the so-called Schindler’s list, saving them from death. The museum explains how the daily life in ghetto looked like and how Oscar Schindler saved millions of lives during the Holocaust. If I would have to define Krakow with only one word, it would definitely be history. But the city has much more to offer and not everything is related to our difficult past. If you are planning to visit Krakow, check how to organize your stay and see the best of it in this post. Our 3 days itinerary in Krakow should be very helpful to get to know the city and its surroundings.

I could write about Krakow endlessly but it’s time for the next destination! After few days in my favorite Polish city Edwin and I headed to Pieniny National Park – beautiful mountains situated on the Polish-Slovakian border. It wasn’t easy to decide to which destination we should go because the south of Poland is all about mountains but finally I chose Pieniny Mountains because it’s less touristic and very picturesque.

Our accommodation was located in Szczawnica, a lovely town located right on the Dunajec River. There are direct buses from Krakow central bus station to Szczawnica. It was my first time in Pieniny and I was stunned wit the beauty of this place! We left out luggages and headed directly for a walk and some ice creams. I loved how familiar and peaceful Szczawnica is – we didn’t feel overwhelmed by other tourists at all. Maybe it’s because we live in Barcelona and we got used to high prices  or maybe it’s because we came directly from Krakow, one of the most expensive cities in Poland, but everything seemed so cheap in Szczawnica. We rented two bikes for 3 hours and we paid 42 Polish Zloty in total, which is literally 9 euro. The neighborhood is all about bike trails and our itinerary stretched along the river. We followed Dunajec all the way to Slovakia and we captured Three Crowns, the highest mountain rage in the area, from many different perspectives. We got as far as the Red Monastery, an old monastery on the Slovakian side. The entire trail was simply breathtaking with greenery all over the place and mountains emerging from the river at every corner.

After 3 hours on the bike we were starving and we decided to try food in our hotel, especially because the views were outstanding. The building was situated on the hill and we could watch sunset from the restaurant’s terrace. It was the best way to end up our day and everything we ordered was delicious! We tried two different soups and main dishes and all together with drinks cost 20 euro. We woke up very early next morning ready for the biggest adventure in the area! There is a reason why I’ve been writing about Dunajec River so often and it’s because flowing down Dunajec River is the most popular attraction of Pieniny Mountains. The rafting route leads through extremely picturesque corners of the Pieniny Mountains, following the meandering Dunajec River. The tradition of organizing kayaking trips dates back to 1831 and the rafting takes approximately 2,5 hours (it depends on season as well). You have a unique chance to listen to the history of this place and a lot of Polish jokes from local Flisak, the person who steers the boat. Edwin was also lucky to try out his traditional outfit! Flowing down the river was a lot of fun and again, very affordable when it comes to prices. There are few things you should know before hading or the rafting and first of all, don’t forget your sunscreen and something to cover your head. The weather in mountains is very tricky and even if you feel the crisp air from the river, the sun is still very strong. The boat can accommodate 12 people maximum and the similar rafting experience can be booked on Slovakian side but it’s shorter and surely jokes are not that good! 🙂 We booked our rafting tickets at the information desk in Szczawnica but you can also do it online. Just remember to do it at least one day in advance because the tickets disappear quickly. The last but not least, the rafting starts in Sromowce town and ends up in Szczawnica or Krościenko. The tickets we booked covered also transportation from Szczawnica to Sromowce.

We still had few hours after rafting to enjoy Szczawnica before we came back to Krakow, so we headed for dinner and then spent the rest of the time simply relaxing on the river bank. Saying goodbye to Pieniny Mountains wasn’t easy but we are sure we will come back.

The rest of our plans in Poland had to be changed because Edwin broke his leg right after we arrived to my hometown and we spent the other two weeks with my family, so here is where our itinerary in Poland ends. I hope we inspired you once again to visit my beautiful country and explore such little known places as Pieniny! The best places in Costa Brava 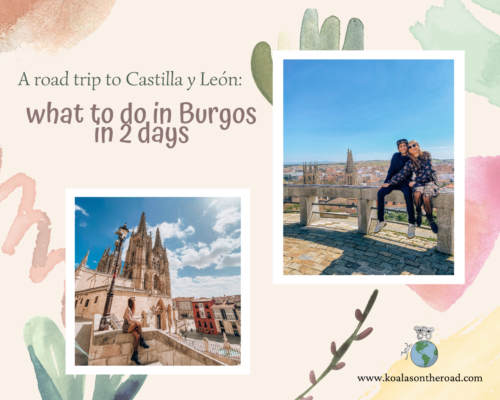 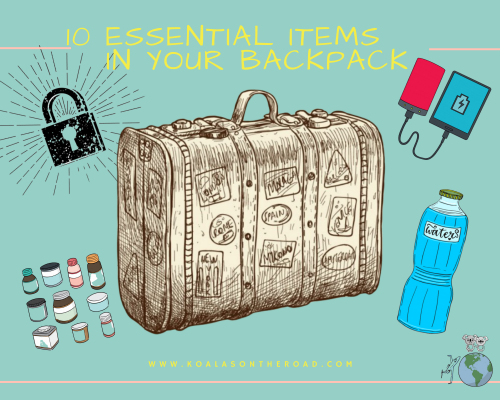