“Never go on trips with anyone you do not love.”

I think there is no better way to to put your friendship to the test than to travel with that person. My friend and I have been travelling together for the last 10 years. We spent 2 months backpacking South America, explored Mexico from East to West and visited a huge part of Europe together. The Balkan trip was our first ‘just two of us’ vacations. 24 hours per day during almost two weeks and not arguing even once! You can be very close friend with someone but it doesn’t mean that two of you can stand each other’s company all day and all night. I’m glad that my friend and I match very well in travelling. We have the same priorities and the same way of thinking when it comes to plan our budget and places to visit. We passed the test many years ago and we haven’t stopped traveling together since then!

Such a long introduction wasn’t really my plan but I just wanted to say that if you have someone to share you passion with, you are very lucky! My life has change a lot in the last couple of years and now I travel mostly with my boyfriend, but I will never forget all these years exploring the world with my friend. We always find a moment in our agenda to go somewhere just two of us. It may be just few days or a weekend escape, but it’s the way we celebrate our friendship 🙂

Today I would like to share with you another piece of my Balkan adventure. Check out the best places to visit in Montenegro and Slovenia!

When you think of Balkans, the first thing that comes to your mind is probably Croatia. But have you ever considered visiting other countries? I already wrote about Albania, Serbia and Macedonia. How about Montenegro? It’s less touristic but has anything missing comparing to Croatia – it’s actually much cheaper and the views are equally beautiful. So, where to go in Montenegro?

Budva is a 2,500 years old, charming Montenegrin town, one of the oldest settlements on the Adriatic coast. I won’t bore you with history again but if you are history passionate, remember that to go to Montenegro without visiting Budva is like to go to Italy without visiting Rome. I’m serious! Budva is all about narrow streets, Mediterranean architecture and small medieval squares. The town has also recently become a favorite party destination in the entire country, being compared with Mykonos and even Ibiza. If you are looking more for relax rather than exciting night life, you should definitely visit one of the beautiful beaches nearby. Och, and did you know that that James Bond film Casino Royale is partly set in eponymous casino in fictional Hotel Splendide in Budva? Now you do! My second Montenegrin recommendation is Kotor, the UNESCO pearl of the country. Together with the nearly overhanging cliffs of Lovćen, Kotor and its surrounding area form an impressive Mediterranean landscape, which has been compared a lot to Norwegian fjords. Once you cross the fortified Old Town, you will find ancient churches on every square, together with the laundry over the streets, which meander like a labyrinth and makes you feel like if you were in Napoli. The Kotor Old Town is splendid and a total must see! You should put on your list the Cathedral of Saint Tryphon and the St. Tryphon square, but also the Castle of San Giovanni with one of the most stunning views which make you realize that Kotor is definitely the most beautiful and best-preserved town in Montenegro. Piran is a small town in Slovene Istria, a multilingual region divided between Croatia, Slovenia and Italy. Most part of Slovenia doesn’t have access to the sea, with the exception of Istria with only three coastal towns, and Piran being one if them. It offers you medieval architecture and delicious seafood to choose from. The Old Town invites you with the narrow cobblestoned streets and colorful squares, and you won’t need Google Maps since the town is very small. It won’t take you long to end up on the beach or at Tartini Square.

There is a lot of Italian influences in Piran, starting from architecture and ending with food. Also, if you look on a map, you will be able to see Venice! I shouldn’t be surprising for you to find Roman ruins and Venetian architecture on every corner. The town is especially known as the birthplace of composer and violinist Giuseppe Tartini. Piran was the last destination during my Balkan trip. To sum up, my friend and I visited 7 countries in almost two weeks. There was one stomach emergency (mine of course), 5 hotels, more than 2000 photos taken and tons of great memories, impossible to catch with any camera. Before that trip, my knowledge about Balkans was basic. Now I can fully recommend Balkans to everyone. Balkans have everything – from breathtaking mountains to my beloved Adriatic Sea filled with hillsides. From medieval architecture and folklore to modern and fast-growing cities. The mix of culture, languages and customs in just one place in the world. You have just found a destination to put on your bucket list!

Let me tell you a story 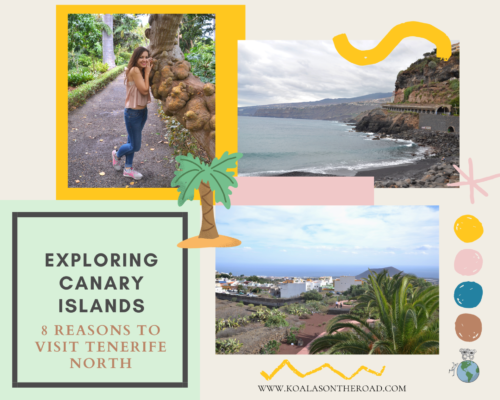