Since only I can remember, Mexico was number one on my bucket list. I promised myself this would be the first place to visit out of Europe. When I finally made this dream come true some years ago, I was probably the happiest person on the planet. My almost 3-weeks stay started and ended in Yucatan Peninsula, so let me share with you my favorite places!

Cancún has been the most famous Mexican destination in the last few decades, so imagine that at the beginning of 1970 there were only three people living in Cancún! It’s a home to the second biggest reef in the world and a real paradise for snorkeling and scuba diving lovers. There is an entire underwater museum which consists of over 500 sculptures, making it on of the most amazing attractions in the world. For those who prefer to stay on the beach, let me tell you that the white sands of Cancún are made of crushed coral, which means they naturally feel cool, no matter how how is it outside. You won’t certainly burn your feet trying to find your towel!

Maya civilization played an enormous role in the whole Yucatán Península, so there is a lot of ancient cities to visit and I will mention some of them later. Chichen Itza is the most visited archaeological site in the entire country and a UNESCO World Heritage Site, so if you want to avoid crowds, you have to wake up very early and get there before 9 am. You will recognize the most important building in the complex, Temple of Kukulkan, at the first sight, because it’s simply breathtaking. What I loved the most about Chichen Itza was the gentleness of indigenous Maya people selling their craftsmanship and the variety of colors all around. Everything was so colorful, not only in Yucatán but generally in Mexico. Ask me to describe Mexico in one world and it will be colorful. Masks, paintings, jewelry, clothes, even houses. This country is incredibly beautiful.

There is around 5000 cenotes in the whole Mexico, especially in Yucatán. Cenotes are common groundwater caves in Peninsula, many times used by the ancient Maya for sacrificial offerings. Today millions of people visit them to plunge into the crystal clear water. Il Kil Cenote is situated very close to Chichen Itza, so you have to include it on your bucket list! And if you want to know more about cenotes, check our previous article here.

You will know that you arrived to Izamal when you will see the vivid yellow walls on every single building. This small town in Yucatan called also “The Yellow City” literally means the dew that falls from heaven. Could you imagine a more beautiful origin? Izamal is one Mexico’s Magical Towns. It’s a government program which preserves Mexican destinations with a big cultural and historical importance. The town was founded by Mayan Civilization and contains one of the oldest Catholic churches in Americas.

For me Mérida is one of the most romantic Mexican cities. You will fall in love with a simple walk through city centre and be amazed by the outstanding Palacio de Gobierno. Of course you cannot mis  The Cathedral – you will see it from literally every corner. Mérida is even more beautiful at night with all the lights shining on the streets, so you should definitely come back after dinner and listen to mariachi playing on the main square – zocalo. The funny thing about Mérida is street system. North-south streets have even numbers which increase as you head west, while east-west streets are odd numbers which increase as you head south. So the street to the east of Calle 52 is Calle 50. If you’re on 42/71, and go one block north then one block east, you’ll be on 40/69. Logical, right? Well, my friend and I still got lost, so I’m just saying in case your orientation isn’t perfect neither 🙂

One of the best surprises in Yucatan was visiting Celestún Biosphere Reserve – the winter home to the flocks of flamingos, as well as many other bird species. Just remember the boat cannot get too close to not scare the flamingos. It’s always better to keep some distance and respect the fact it’s their home and we are just visitors. Birdwatching is one of the main attractions of the reserve. The most famous one is pink flamingo, but there is around 300 different bird species living there! You will spend around 2 hours sailing and apart from birds, you will meet many species of fishes and reptiles, like… a crocodile!

Uxmal was the second UNESCO heritage I explored during my Mexican adventure. Its significance along Mayan cities was one of the biggest, along with Palenque, Chichen Itza, Tikal, Calakmul and Xunantunich. You can get to the top of some ot the pyramids, just remember the way down is much more difficult. 🙂 My friend was crawling step by step and se wasn’t able to walk down. The most beautiful point was without doubt the Pyramid of the Magician, however this one is not allowed to access.

Idyllically situated along the ocean, Tulum was one of the last cities built and inhabited by the Maya civilization. It’s definitely my favorite archeological zone from all the Maya places I’ve seen. If you’re staying in Cancún, most probably your hotel organizes a one-day trip to Tulum. However, I would suggest you to go on your own, because it’s super cheap and funny! You just have to go to the main station and take the first bus heading to Tulum. The views are simply breathtaking – the ruins are suspended over a rocky precipice and surrounded by turquoise water.  On your way back you can stop for few hours in Playa del Carmen, the most famous beach in Quintana Roo. You can also spend entire day on that beach, but I personally prefer Cancún.

The main reason why I felt in love with Yucatan from the first sight was mostly its diversity. From archeological zones, through beautiful nature and beaches, to impressing cities. There is absolutely everything for any kind of tourist. You can practice any sport as well and the people are the nicest! I spent more than a one week in Yucatan and it still wasn’t enough to discover all the beautiful places nearby. Imagine your biggest dream. The place you want to go more than anywhere else in this world. For me it was Mexico, since always. I dreamed about Mexico for my whole life and I made it real. I have thousands of pictures and stories to tell from all over the country, so if you share the same dream, be prepared for the whole serie of posts about Mexico. I hope you will be the next to make this dream come true! 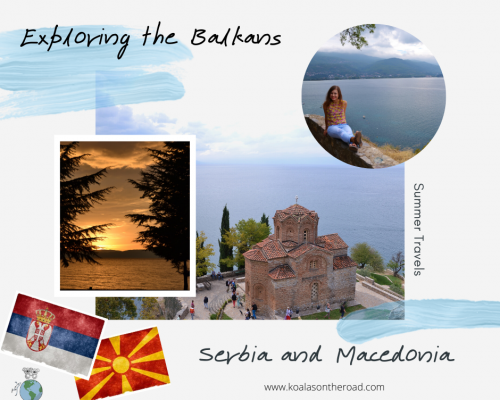 Exploring the Balkans – Serbia and Macedonia 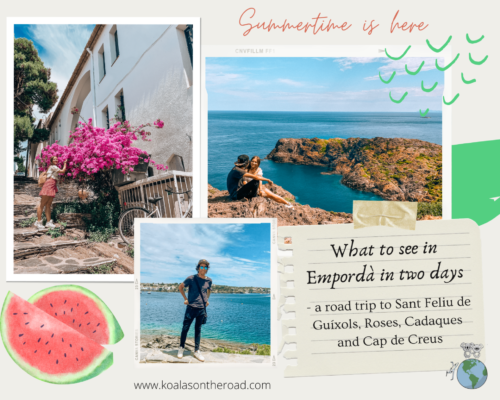 What to see in Empordà in two days – a road trip to Sant Feliu de Guíxols, Roses, Cadaques and Cap de Creus 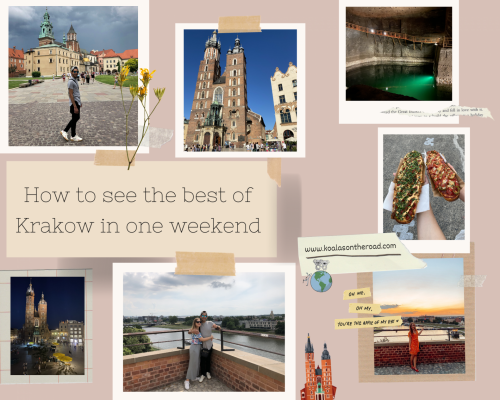 How to see the best of Krakow in one weekend